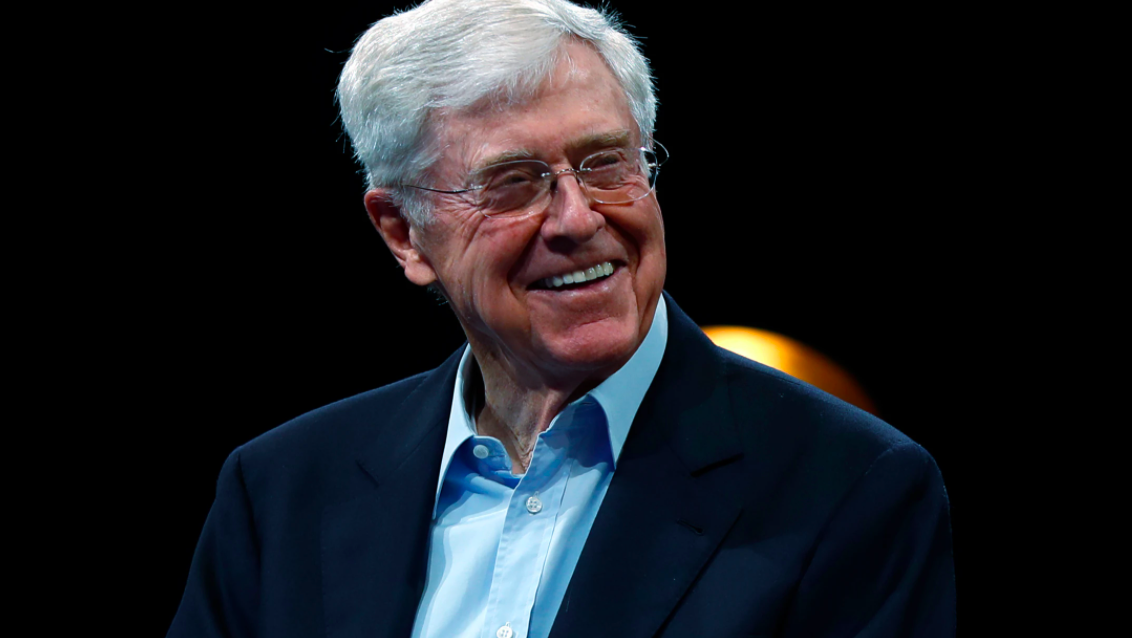 The push for federal cannabis legalization has been growing slowly over the years, but now that several of the country’s biggest billionaires are on board, that dream may soon become a reality.

Charles Koch, the 85-year-old CEO of Koch Industries, is the latest multibillionaire to help fund the movement to end federal cannabis prohibition once and for all. In a recent interview with Forbes, Koch announced his support for a new plan to end federal weed prohibition by the end of this year. And to help that effort succeed, Koch is contributing $25 million of his $45 billion fortune.

It may come as some surprise to discover that Koch is an advocate of legalization, especially since the billionaire has already spent a fortune backing Republican politicians and lobbying for conservative legislation. Koch is a diehard libertarian, though, and fully opposes the idea that the government could lock someone away in jail just for smoking a joint or otherwise enjoying their own personal freedom.

“It should be the individual’s choice,” Koch told Forbes. “[Prohibition] is counterproductive. It ruins people’s lives, creates conflict in society and is anti-progress. The whole thing never made sense to me… Marijuana, as I understand it, is less addictive than alcohol. So why is alcohol legal and marijuana isn’t?”

Koch also pointed out the fact that the ongoing prohibition of cannabis is a major factor contributing to the country’s serious mass incarceration problem. Over 2 million Americans are currently locked behind bars today, and many of them are serving time for inconsequential drug crimes.

“By criminalizing [cannabis], it has huge negative manifestations, not only for the individuals who get trapped in that system, but also for society,” said Koch to Forbes. “We want a society that empowers people to realize their potential and contribute, but with these laws you block out millions of people.”

Although Koch just publicly announced his advocacy for legal weed, he has actually been quietly supporting cannabis reform efforts for years now. In 2015, the billionaire helped fight for the release of Weldon Angelos, a Utah man who had been sentenced to 55 years in jail for selling $1,000 worth of weed. Thanks to this powerful support, Angelos’ sentence was reduced in 2016 and then completely pardoned in 2020.

In the last two years, Koch and his political advocacy group, Americans For Prosperity (AFP), have reportedly spent over $70 million advocating for drug reform efforts. In April, AFP joined several other advocacy groups to form the Cannabis Freedom Alliance, a new coalition dedicated to ending the federal prohibition of cannabis.

“Americans for Prosperity is excited to work alongside our partners to bring cannabis businesses into the light, replacing black and gray markets with a free and fair legal framework,” Brent W. Gardner, chief government affairs officer for AFP, said in April, according to POLITICO. “Cannabis commerce will become a way for Americans to lift themselves up, rather than a barrier holding them back.”

The Cannabis Freedom Alliance hopes to convince Congress to pass the Cannabis Administration and Opportunity Act, a new bill to end the federal prohibition of cannabis. The bill will need 60 votes to pass the Senate, though, and President Biden has already said he opposes such a comprehensive attempt at weed reform. But with Koch’s support, politicians may well change their minds.

“We need 10 to 12 Republican senators,” said Angelos, who is now a partner of the Cannabis Freedom Alliance, to Forbes. “With Koch’s influence, I think that’s likely a possibility.”

Koch is not the only billionaire to throw their financial weight towards cannabis reform. Jeff Bezos and his mega-corporation Amazon have also thrown their hat into the weed ring. Just before Bezos announced that he was stepping down as CEO in June, Amazon officially registered as a pro-cannabis lobbyist.

Regardless of whether these lobbying efforts convince the feds to legalize weed this year, the show of support from conservative business tycoons makes it clear that cannabis reform is an issue that transcends political ideology, wealth, or class.

“For too long, drug policy has been mischaracterized as something that’s come from the fringes,” said Brian Hooks, CEO of Stand Together and member of the Cannabis Freedom Alliance, to Forbes. “When in fact the majority of Americans, for a long time, have recognized that the system is wrong.”