Cannabis Consumption Lounges Are Coming to the Vegas Strip 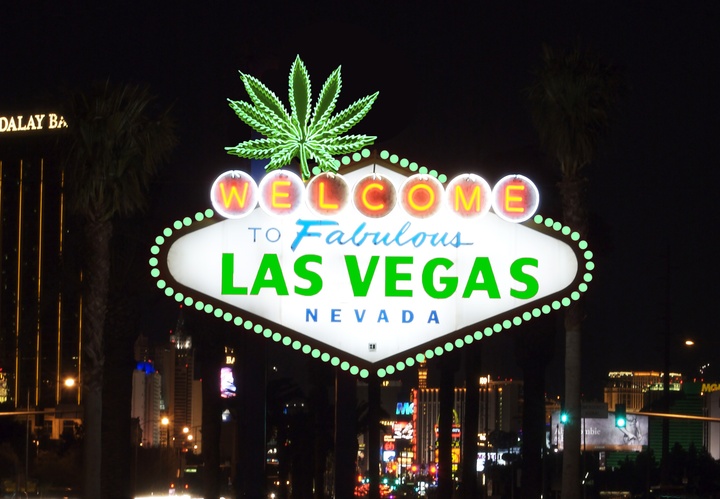 Legalizing cannabis in Nevada back in 2017 instantly posed an issue to the state’s tourism industry: While visitors could legally buy weed, but due to regulations limiting consumption to private residences, tourists usually don’t have places to legally get high. This creates issues in major tourist areas, like Vegas, because cops are always on the lookout for illegal activity.

All of that is about to change, however. On Friday, Governor Steve Sisolak signed legislation into law approving cannabis consumption lounges. The city of Las Vegas has allowed such businesses since 2019, but that measure notably excludes the town’s world-famous gambling hub referred to as the Strip, which is located outside of city limits.

The future of Vegas will now have less division between gambling and toking.

“Consumption lounges are so perfect for our tourism industry,” longtime lounge proponent, Clark County commissioner Tick Segerblom, told the Las Vegas Review-Journal. “The sooner we get out there, the more we’ll be looked upon as a marijuana-friendly city and state.”

“I think this really solidifies us as the cannabis destination,” said the bill’s sponsor, Las Vegas Assemblyperson Steve Yeager.

After years of debate over the issue, and several false starts, the legislation cleared both the state assembly and senate within weeks of each other, the latter by a margin of 17-3 in favor.

The legislation will go into effect on October 1st, opening the door to the state’s Cannabis Compliance Board to formulate the specific regulations that will shape the businesses, and for prospective consumption areas to start applying for permits. Hopefully, the first cannabis lounge will be ready for consumers by the end of the year.

The bill allows for unlimited licenses for the retail-attached lounges, but only 20 businesses will be able to receive permission to open a stand-alone space. Time will tell how creative these lounges get — 420-friendly comedy clubs, yoga studios, and spas all qualify under the bill.

Fitting for an industry that’s still subject to racially biased Drug War policing in a number of regions around the US, the legislation includes clauses to prioritize social equity candidates. Such applicants will pay less for licensing fees.

Nevada is not the first state to dip its toes into cannabis consumption lounges. Alaska, Colorado, California, and New York all allow lounge-like facilities to safely enjoy the highs of recreational marijuana.

For those of you wanting to kick back and toke legally in the Neon Capital of the World NOW, Eater made note of a pair of businesses already open to the public. Planet 13 Marijuana Dispensary on Desert Hill Road sent out a press statement to media folk announcing its intention to host your high. NuWu Cannabis Marketplace is actually already ready for you — it’s located on the land of the Paiute Tribe north of Vegas, and as an Indigenous community, was able to set up its own legal consumption lounge before state laws got with the program.